Title 1, Chapter 17 of the Texas Code of Criminal Procedure specifically outlines the definition, conditions and requisites for bail bond certificates.

The Dallas TX bail bond process for someone arrested in Dallas usually goes something like this: Someone is arrested. Two of the most common offenses for arrest in Dallas are DWI, driving while intoxicated, and DUI, driving under the influence. The suspect is then taken to a local Dallas jail or police station to be booked. When a suspect is booked, or processed, a police officer records information about the suspect (name, address, birthday, appearance) and the alleged offense.

The Dallas police officer will then conduct a criminal background check. The suspect’s fingerprints and mugshot are taken, and any personal property is seized and inventoried to be returned when the suspect is released). The suspect is then usually allowed to make a phone call to have a loved one. Finally, the suspect is placed in a jail cell along with other suspects.

For less serious crimes, a suspect arrested in Dallas may be allowed to post bail immediately after being booked. Otherwise, the suspect will have to wait for a bail hearing where a judge determines if the accused is eligible for bail and sets the bail amount. The hearing is usually conducted within 48 hours.

The amount of bail depends on the severity of the crime. However, Dallas judges are also permitted reasonable discretion when sentencing. In some cases, bail may be waived altogether. But most often, when determining bail, a judge will take into account the amount indicated according to a set bail schedule.

Other factors considered include: criminal record (if any), history of showing up for past court appearances, ties to the community, whether the suspect is a danger to others, and any other concerns that may be raised by the defendant’s attorney.

This is why it's advantageous to use the services of the Attorneys at Murphy-Hill Law Group (which you can reach at JailSucks.com) . Not only can the attorneys at Murphy-Hill Law Group (JailSucks.com) perform the jail release services similar to a licensed Dallas bail bondsman, but they also provide the legal expertise of a licensed defense lawyer working in your defense. Call now for a consultation today at 214-524-5782. 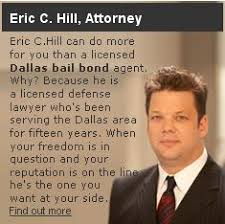 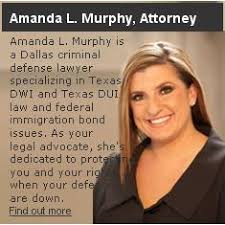